Councillor for Coorparoo Ward Fiona Cunningham is fighting for continued post office services in Stones Corner, with the current shop set to close in November.

Cr Cunningham said any move by Australia Post to let it close without a replacement in Stones Corner was simply unacceptable for residents and traders.

“Australia Post must urgently find a solution that works for residents and traders,” she said.

“Sending locals and businesses two kilometres down the road is not good enough.”

Cr Cunningham said that while she understood the post office could not stay in its current location, Australia Post cannot leave the Stones Corner community without a service.

“The future development of the building is no excuse for removing the service completely, she said.

“Australia Post should have had a new service lined up before the closure was made public.

“Instead of delivering services, all Australia Post has delivered is a package of uncertainty.”

Cr Cunningham has written to the federal Communications Minister on behalf of the community, and will also be seeking support through a local campaign.

“I’ve told the Minister that Australia Post must not abandon local traders,” she said.

Since becoming the Councillor for Coorparoo Ward in May, Cr Cunningham has attended every meeting of the Our Stones Corner committee of local businesses, and has also secured funding for projects to support Stones Corner residents and businesses.

“This year Council is delivering a major $600,000 refurbishment of the Stones Corner Library, and will light up trees in the area to create a glowing entry statement for the precinct and support the local night-time economy,” she said.

“I’m backing Stones Corner and Australia Post should as well.”

“In this year’s budget, small businesses were supported through a 10 per cent reduction in their ongoing annual fees, and footpath dining fees were halved for new cafes and restaurants,” she said.

Please contact me if I can be of assistance with any local matter.

We're not around right now. But you can send us an email and we'll get back to you, asap. Please include your phone number if you would like us to call you back. 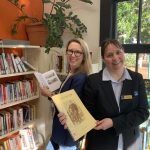