Lord Mayor Adrian Schrinner is making it even easier for Brisbane residents to own their first home by giving up to $1000 back to first home owners through a rates remission.

Cr Schrinner said deciding to buy your first home could be a stressful and costly experience, but the new one year, 50 per cent discount on rates would help first home buyers in that critical period of financial adjustment.

“Making the big move from renting to owning your first home attracts expenses, and often when residents think they’ve, covered it all, another unexpected bill comes along,” he said.

“We are taking the financial stress out of the exciting time of buying a piece of Brisbane to call your own by putting up to $1000 back into your pocket.

“Home ownership is part of the Australian dream and this incentive is another way we are making Brisbane better and making it more affordable for prospective buyers to be part of our great lifestyle.”

Cr Schrinner said now was a prime time for budding buyers to snap up their own piece of Brisbane, with research* revealing more than 42 per cent of Brisbane suburbs offered properties for under $500,000.

“Brisbane is now known as the best capital city in Australia for first home buyers and while prices are extremely affordable, it’s the liveability of Brisbane that continues to stand out,” he said.

“If Brisbane’s first home buyers need any further reason as to why they should be buying, they need look no further than the new incentive courtesy of the Brisbane City Council endorsing up to $1000 per year off of rates,” he said.

Cr Schrinner said Brisbane suburbs from Zillmere to Wynnum West and Everton Park to Parkinson, offer sensational parks, pools and public transport and are only getting better.

“Brisbane is a great place to live, work and relax and with more than 1300 people moving here each month, its obvious people are wanting to experience our great city for themselves.”

Cr Schrinner said the First Home Owners Rates Remission scheme was only available on homes with a value less than $750,000.

First home-buyers can check their eligibility online at www.brisbane.qld.gov.au or call Council on (07) 3403 8888.

Please contact me if I can be of assistance with any local matter.

We're not around right now. But you can send us an email and we'll get back to you, asap. Please include your phone number if you would like us to call you back.

Planting day to create a clean and green GreenslopesGeneral 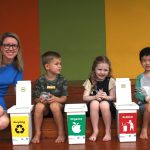